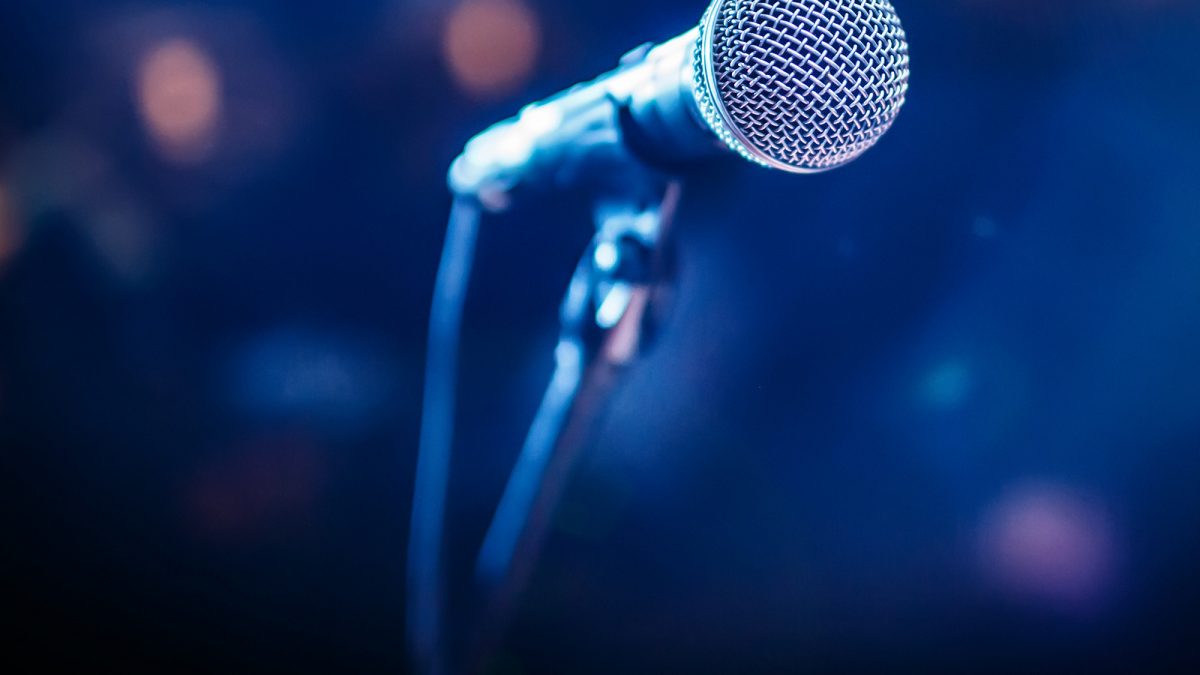 Esteban Corrales, collaborator of Metal Costa Rica, made an interview about the band, here the complete transcript.

The Arkitecht is one of the bands with the greatest potential within the Mexican scene, and more specifically within progressive metal. Their debut album “Hyperstructure” is a clear clutter of this, and no fan of the genre should miss the opportunity to hear it. Then an interview with Genaro Ochoa, leader and creative behind the band.

The project was initially a solo project by Genaro Ochoa. How did the idea of ​​The Arkitecht come about?

Ironically, the project was born because I was very frustrated with the internal dynamics of the bands. It seemed to me that far from achieving a better result was a constant struggle to see which idea of ​​its own remained in the songs regardless of which was better. So when Zeitgeist was disbanded (2002-2005) I set out to create a project that sounded like a band but using computer software and samplers instead of musicians. As the project grew, I decided to invite friends musicians to fulfill certain ideas I had and the truth is that I could not be more grateful and happy with the result.

Time after launching “Hyperstructure” I realized that it was very difficult to move the material without playing live, especially since many people expected to see a band behind the music, not a disk made in a computer. So after the insistence of some musician friends I decided to put together a band and I can say that I am very happy with the current lineup. They are all great musicians and above all, they are happy with what we do and they have “put on the shirt” as we say here in Mexico.

Who are they and how did the other musicians come to the band?

The first to formally join the band was Rodrigo Uribe (drums), who traveled from Merida, Yucatan to Mexico City to begin work on the band. He had recorded a couple of videos playing some songs from the album and showed them to me on YouTube. His level of delivery to the music was what I found very admirable (and he still seems to me) and after seeing that he had practically hit the batteries, I felt that he was the right one to start this phase of the project (and, well, his technical level exceeded my expectations by much).

Then came Dante Diaz, who had recorded almost all the voices of the album and had always been excited to take the project to the stage. Dante is a very complete vocalist because he manages his voice very well (clean and guttural) and is very dedicated so there was no doubt that he was the best choice for the band. We also have the fortune of working together extensively in his band War Kabinett and I already knew his way of working as well as his ability as a frontman that I must say has been becoming more and more eloquent over the years.

Then came Armando Támez, who is our bass player. Honestly, this post was hard to fill. Rodrigo and I were auditioning bass players for several months and the truth was we were very frustrated because our expectations were not met. Finally Daniel Villarreal (bass player from Agora) recommended me to Armando and after a test I thought he was the right one to join the band. And he is indeed a very dedicated and talented person, a great find.

Finally after looking for a leading guitarist for a while, I thought to ask César Huesca (old friend of the school who recorded the solos of the album) if I did not know some guitarist who recommended me. Someone who thinks he might be interested in the band. “I enter, carnal” he said … and the truth is that as he lives in a city near Mexico City, but not in the city, I had not even dared to propose it but coming from him I felt very honored by the prospuesta and soon began trials with all the alignment.

The truth I feel very lucky to be able to play in a band where the least virtuoso on the instrument is me, I could not have asked for better colleagues and friends.

Given the band’s proposal, I think this is an appropriate question. Why The Arkitecht?

The name of the band has to do with the idea of ​​a meticulous musical design. The name came to me for the first time when I saw the Matrix trilogy and came out this character known as “the architect”. He had designed the Matrix, this world that in that fiction (which is what we identified as reality), was his creation, his mathematical equation, his rules in action in every way and I thought the concept was magnificent. So keeping proportions, I guess the idea behind The Arkitecht is a musical universe with a structure, rules and trends superdid to my taste and criteria.

The way it is written comes from the Greek: arkein (origin, principle) and techné (art, skill, craftsmanship).

The theme “Face Thief” seems incredible, not everyone creates a subject of such extension (32 minutes approximately). How did such an extensive issue arise and what is it about?

Face Thief is inherited from my previous band (Zeitgeist). In that period came the idea of ​​the story and a friend of the band was the one who developed it and even created between him and his girl a very comic father around the plot. When the band was extinguished it seemed a nonsense to me that all the previous work that was done with the concept stayed in something so small. So I replayed the story and created music from scratch to the way I thought it was going better (as it had originally been with the band). My major influences were contemporary film music (Avalon, Matrix, Final Fantasy Advent Children, etc.) and metal subgenres like thrash, death and groove metal.

The story tells of a serial killer who harasses an artist because he considers him his mentor. The killer thinks that each of his victims is a work of art and surgically removes his face. It is a kind of thriller in the line of films like Se7en or Hannibal.

The remaining six themes, as I understand it, make up a story or concept different from that of “Face Thief”. Tell us about them.

The six remaining tracks are the title track. They are not a story properly, but there is a general theme in common. We talk about the social fracture, our disagreement with nature, media manipulation and socio-economic debacle that has been modernity since the industrial revolution.

In my case, I met the band for an internet download, and I loved it immediately. What do you think about these, have they helped the independent bands to make themselves known outside their countries?

I definitely believe that downloads over the internet are a great tool for dissemination. The access that people have not only to your music but to the information that surrounds your music is something unusual in history. Only in these times can you approach a musician you like and comment with him on Facebook, on his YouTube channel or read it on Twitter and even receive direct feedback from the artist. It seems to me that to see it in another way is not to want to see the advantages offered by the current technology.

I was surprised by the high quality of production work, mixing, etc. Where were they recorded, mixed and mastered?

The record was mostly recorded in my room with borrowed devices (microphones, direct boxes, etc.). I did almost everything prior to mixing, recording vocalists, recording guitars, keyboards and programming basses, drums and orchestras. Caesar sent me his solos by messenger. He recorded them in his house. Then after preparing the sessions to mix (clean, accommodate, etc.) the record was sent to France with Brett Caldas-Lima (Tower Studio) and it was he who was responsible for leaving the material sounding in a professional manner. It was he who mastered it.

I know a lot of Mexican metal bands and also progressive type Cast or Wax Heads; but my knowledge of the Mexican progressive metal scene is not so strong. What about the genre in terms of bands and audiences in Mexico?

Well maybe I’m not the right person to talk about the scene because I do not know so many bands but the ones I know seem to me to be of great quality and in the last few years they have started to put their batteries in relation to production, which is what I consider , is more scarce in the national manufacture. Progressive as everywhere, is not a genre as popular as could be the gothic or thrash but I think if there is an avid audience of good music and that is starting to generate a real audience for national music. Some recommendations from Mexican bands: Now, Glass Mind, Here Comes the Kraken, Majestic Downfall, Ticket to Hell, Evil, Farenheit.

How about the experience of having taken your solo project to the stage?

So far it has been surprisingly satisfactory, we have done very well. The public has responded and although we have not touched much I think we have been climbing very well and that excites me because the future looks more promising than with other projects in which I’ve been.

Will we have a second album by The Arkitecht in the near future?

Yes, I plan to devote myself almost fully the last 4 months of the year to make the following material now in conjunction with the band and I hope for the beginning of the next year to have it ready.

A question I always like to ask What bands do you listen to these days and would you recommend?

Any last comments for our readers?

Well first of all a huge thank you for the space and for allowing us to share some of our music. We are very honored to hear our music in Costa Rica. We hope to be able to play there sometime not too far away. So Thank you and See you soon! 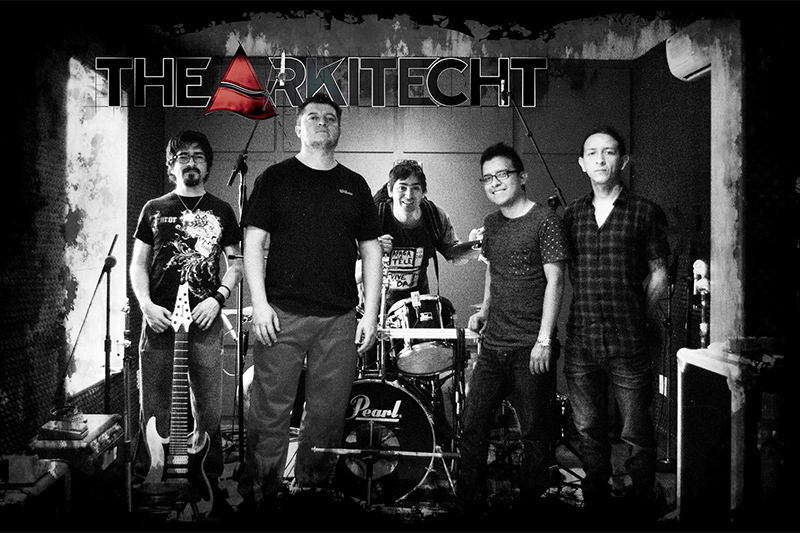 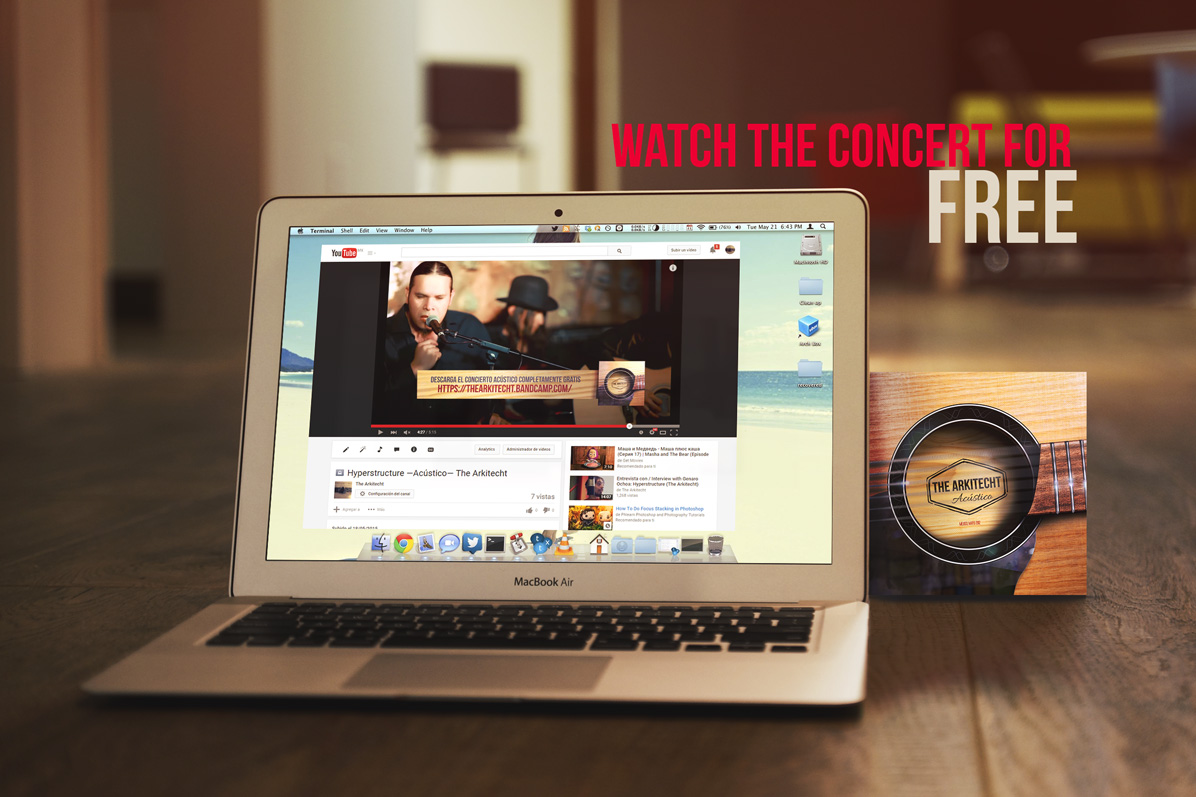 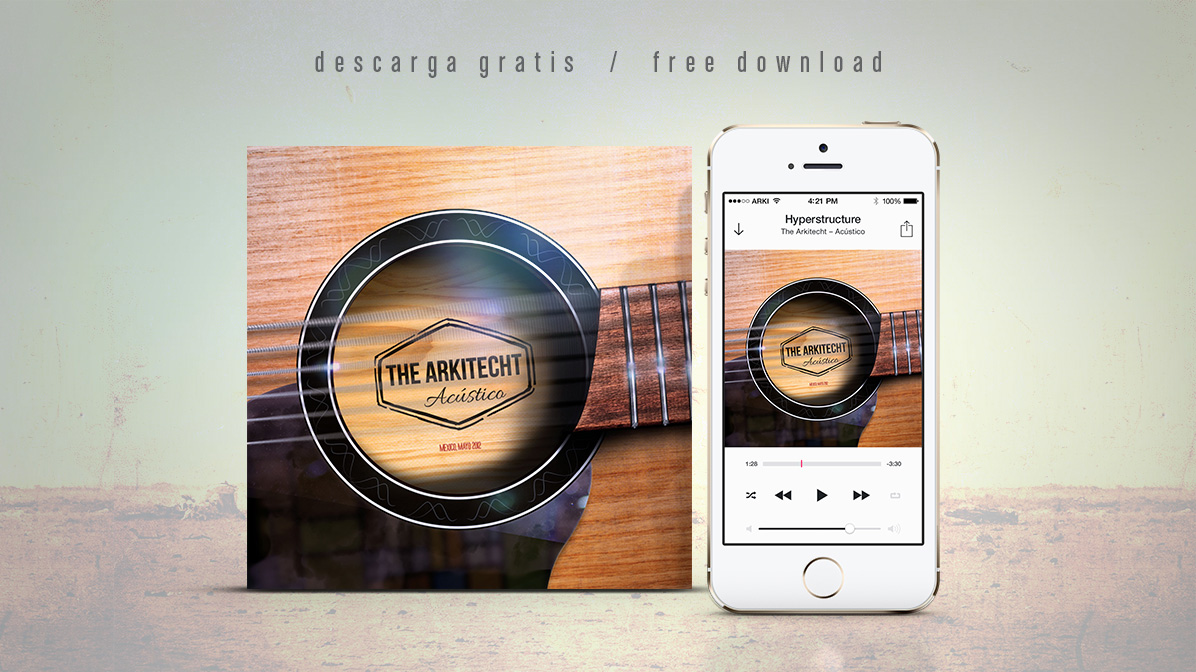